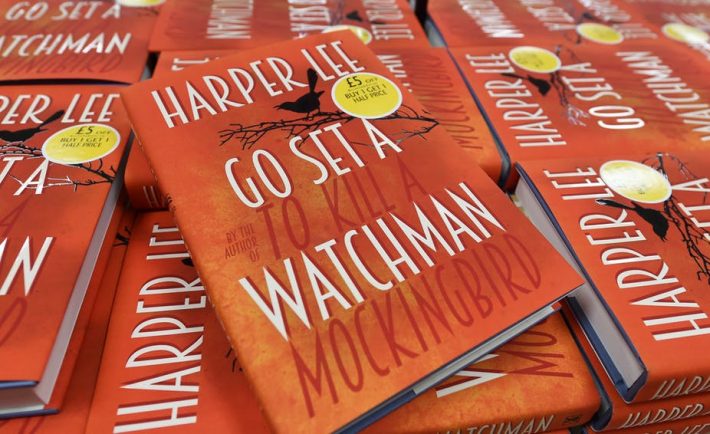 Sequel to To Kill a Mockingbird

The book, Go Set A Watchman, is the sequel to the critically acclaimed – To Kill a Mockingbird. The latter is considered to be a classic, expertly navigating through the complicated concepts of racism and civil rights in the country of dreams – America. The book follows the life of Jean Finch, her brother Jem Finch and her father, the very able and patient lawyer, Atticus Finch. Several characters had a deep impact on the life of Jean and then there was the case that introduced for the first time to little Jean the difference between black and white.

Go Set A Watchman follows our heroine – Jean, now all grown up, returning home to Maycomb from the liberal city of New York. Time has flown but for our Ms. Finch, people are still the same. Her aunt, the same pestering Southern woman, her father, the same patient man who knew her better than herself, her crazy and weird uncle, and the ever so faithful Calpurnia. Through the 279 pages of this book, Jean figure out that everything has changed, even her own family or have they always been this way and she just chose to ignore it as Atticus said –

“Men tend to carry their honesty in pigeonhole. They can be perfectly honest in some ways and fool themselves in other ways.”

Before you go ahead with this book, I strongly recommend reading To Kill a Mockingbird, to get to know the characters, fall in love with them, and to be able to appreciate the conflict that is so richly described in the pages of Go Set A Watchman.

Here’s What You Will Get To Read –

Maycomb, a proper Southern Town in Alabama filled with proper Southern people. The town has discovered the new proper word – nigger and doesn’t shy away from using it. Jean comes home after quite some time, only to find his father’s health deteriorated more than she expected, a boy waiting for her to settle down with him, an aunt who want nothing more than Jean to become a proper lady with strong Southern values, a crazy uncle who may be the only person left who can make sense in the suddenly senseless world, and an NAACP who seems to be the primary reason for this sudden change.

For the color blind Ms. Finch, it’s a shock to see the sudden but quite clear distinction in people based on their skin and how everyone around seems to always have that distinction sorted out. While the town seems the same, gossiping about husbands, and kids and the intolerable yet pleasant New York; the town has grown with a council bent on preserving the segregation, the long pointed stares of niggers, and Cal suddenly talking about colors. It’s rightly captured by the words –

“Prejudice, a dirty word, and faith, a clean one, have something in common, they both begin where reason ends.”

What To Look For –

There is a constant fight Jean fights with herself, constantly questioning her beliefs. To her surprise, everything has changed and yet things seem the same. Our heroine is even contemplating settling down while reminiscing about her childhood days. Her father, her strong and ideal man, is ill and seeing him struggling, guilt eats her up.

She no longer fits, she knew for a long time, but she didn’t think that it would come so close to home. Especially when she finds that people who carved her the way that she is, has given up on everything they taught her. And as expected, she doesn’t just accept it, instead, she is infuriated, angered, and extremely confused. She said accusingly –

In all this chaos, nothing makes sense to Jean but this is exactly what you want to look for. The inner conflict that makes you question everyone you believe in. You are forced to see everyone as humans and nothing more. There is nothing more substantial than asking yourself if you adjust your morals and beliefs as per your convenience, asking questions you choose to bury deep inside far away from your conscience.

Harper Lee is one of the most relevant authors of this time especially with the growing unrest all around the world. She forces you to question things you don’t want to think about. It’s easier to stand up to people you don’t know, call out hypocrites left, right, and center but when it comes to those closest to you, the task becomes exponentially difficult. Telling your parents, your siblings, or your loved ones that your thinking doesn’t match theirs, or that they have a wrong perspective, it is probably the hardest thing you would have to do. But no one can deny how crucial it is.

With this book, Lee makes you take a long look inside your conscience. It is a must-read and should be used to not only discuss idealism and racism but should be used to draw tangents on other equally essential and difficult-to-discuss concepts.

Get the book today, here.