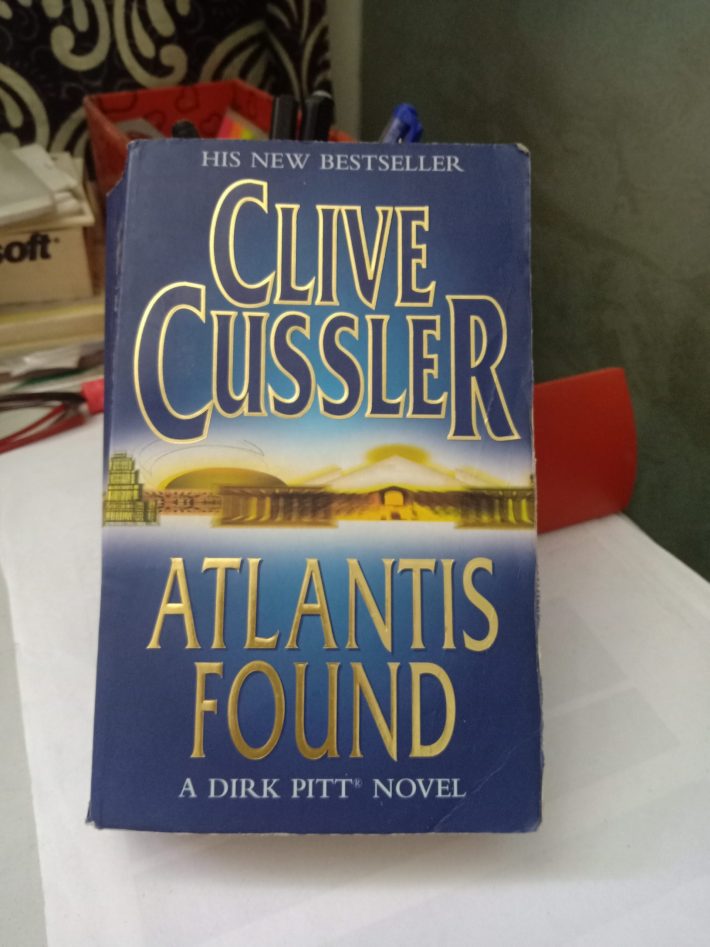 If I had to describe Atlantis Found by Clive Cussler in one word, it would be magnificent. Spanning over 534 pages, this book is definitely elaborate and before I get into what it has to offer, here are some main attractions about the book for you –

If you are new to the Clive Cussler and Dirk Pitt world, not to worry. You can easily read this book as a standalone. There are some characters who make appearances from the past books but they won’t confuse you.

Now then, let’s move on to the actual book.

What is Atlantis Found about?

Atlantis Found is the 15th book in the 25-book long Dirk Pitt series. It is an action-adventure focused on possibly the least explored part of the world – Antarctica. It revolves around discovering – rather rediscovering the lost civilization of Atlantis or something similar to Atlantis. What follows is complete chaos. An impending doom predicted by an extinct civilization, obsidian skulls, a family set on bringing apocalypse and a new destiny for the world.

The book starts with explaining quite vividly how the Ice Age abruptly ended. Now it is a fictional book, but Cussler knows what he is doing. He paints this brilliant destruction that will have you hooked from the first few pages of the book. The narrative then moves to a whaling ship stuck in Antarctica. The captain’s wife discovers another ship (stuck for several years in ice now with the whole crew dead) and finds a black obsidian skull among other artifacts. Almost 100 years later, another skull is found in a chamber full of ancient inscriptions in a mine in Colorado, where finally our hero, Dirk Pitt, Director of Special Projects at NUMA (National Underwater and Marine Agency) makes his entry.

It is all chaos after that. From exploding mines, excavating lost frozen ships to a Research ship being attacked by a submarine missing for years now. With every page, there is a new mess to clear and a growing web of confusion. Pitt along with his trusted friend and coworker Giordino and Patt – an expert on ancient writings and inscriptions have to fight against time, ancient warnings, and a whole empire dead set on bringing the ancient warnings true.

Why should you read it?

You should read the book for its amazing action. There are so many mysteries unraveling and the adventures will make your heart race. You might want to stop for a minute while reading to catch your breath because it’s that bold and that gutsy.

The book, you will realize, is well-researched. The book was published in 1999 and yet makes use of concepts like nanotechnology and supercomputers. It’s also a great treat for automobile-enthusiasts. There are so many airplanes and helicopters, and cars, and a cruiser. It shouldn’t be a surprise as Pitt is an avid collector of cars, I mean, the guy lives in a hangar.

Finally, the characters are a treat. They are edgy and real. There is humor even when death is right around the corner. You would want to know where each character ends up.

What can put you off of the book?

The action is amazing, undoubtedly, but it can feel like a cliche in certain places. Being at the right place at the right time – it’s a phrase that Cussler takes too seriously. The lucky escapes, the right guesses, it’s just too much of good luck for the characters. The book will remind you every now and then that it is a work of fiction.

Another thing that can be hard to digest is the whole fantasy of Atlantis. For realists and history enthusiasts it can be too much fiction to digest. But if you put aside the realist in you and think of everything that’s not yet discovered – this book can prove to be a real treat.

If you end up liking the book and want to read similar books – there are 24 other Dirk Pitt novels. Raising Titanic is one of my favorites. For Atlantis Found, I say it is a must-read for the adventurer in you. You can find the book here.